The Case of Praying Mary Hunt: How to Start? 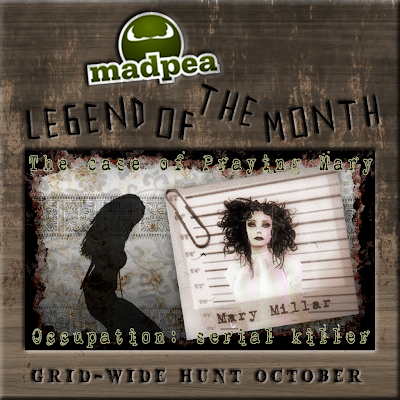 Welcome to the MadPea Legend of the Month, dear hunter.  You are about to discover the story of Praying Mary, a notorious serial killer. This is her story: Widow Millar was nicknamed 'Praying Mary' due to gruesome killings of three of her husbands and praying next to their dead bodies. Mary denied everything and claimed it was all a misunderstanding. Her motives were never understood. Once Mary was caught during her murderous act towards husband number four, she was sent to the Peatonville Asylum and was locked away in an isolated cell. The number XVIII was engraved over and over on Mary's cell, but no one was able to figure out the meaning for it. Mary herself passed away under sinister circumstances in the Peatonville Asylum in 1934 and the case went cold. Millar's abandoned house was long closed from public until it was eventually sold to a family fairly recently. 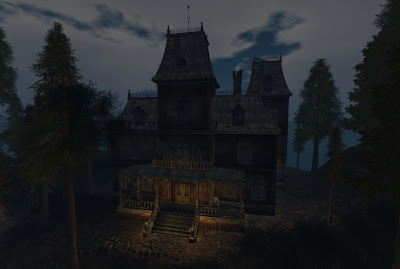 While refurbishing the house, they discovered a hidden journal underneath the planks on the floor. The journal seems to have been written by Mary herself and it describes clearly how Mary did not only kill the three men who married her, but also the 15, who refused her proposal or otherwise got in her way. After some thorough investigation it's been confirmed, that 15 men went indeed missing during the years of 1920 and 1933. The grounds of the former Millar house were turned upside down, but no bodies were found. The journal is the only clue of what has happened to these men. On each page of the journal, next to the description of the killings, Mary has drawn a cross with jibberish on it. It's believed that when someone deciphers the message, the bodies of the men can finally be found and their souls released to rest in peace.

Now it is your turn to decipher the quest.....

How to play the hunt:

Purchase a HUD for 10 Linden and wear it. 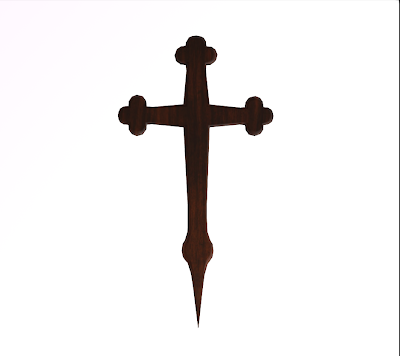 Your ultimate goal is to find 15 CROSSES in grid-wide locations. 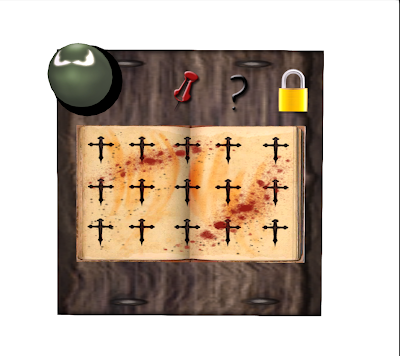 Once you click the symbol of a cross on the HUD, it gives you a hint and a SLURL to a location where a cross has been hidden. Once you find a cross, the HUD marks it as done. Please note, the CROSSES do not give out prizes. You must collect all of the crosses to receive all the prizes at once in the end. When you have all the crosses, follow the instructions given in the chat to you.

To HIDE the hud, simply click the MadPea on top left corner to rotate it. For extra help go to our blog or ask in MadPeas group chat. You can also IM Clicquot Oh, Glitch Axelrad or Elizabeth Tinsley.

Be Spooked, Be Mad, Enjoy!

The Case of Praying Mary Hunt starts on Friday, October 5th at 3 PM SLT and runs until November 4th.

JOIN US FOR THE OPENING PARTY TODAY AT 3 PM SLT!
Our awesome DJ will be Glitch Axelrad!