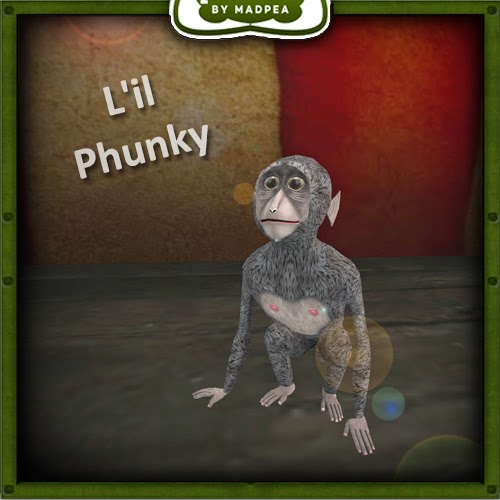 The Tale of a Thrill Seeking Monkey

L’il Phunky was the first Macaco monkey on his block to finish banana school . His jungle habitat seemed like a very small place after he discovered that there is a huge world beyond the jungle path. Wishing his friends and family goodbye with a promise to return someday, L’il Phunky hopped on the express vine to the furthest point of his known world and jumped off into the future.

L’il Phunky traveled far and wide and had both adventures and misadventures. One thing he always took with him though was a longing for his tribe of friends and family. His longing contributed to his Phunky moniker as there was always a tinge of sadness to him. Having gotten into the entertainment business by way of a stand-in role in the latest of the Planet of the Apes franchise (Mooning the Monkey Planet) L’il Phunky decided to start a Circus.

He sent for his entire tribe to come join him in the wilds of New Jersey USA where they would help him establish the Phunky Monkey Circus as the premier simian entertainment venue in the States. Reunited with his family, he was now among the happiest of Phunkys . Although he wasn’t as ‘L’il’ as he used to be, he was still their Little Phunky they were just as happy to work with him and for him….for peanuts!

L'il Phunky is just one of the items you can collect from the MadPea Gacha at Cirque De Seraphim. Check out our other items too which are sold with a 50% donation to the ASPCA! 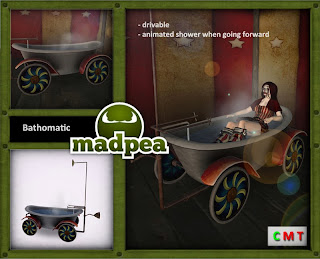 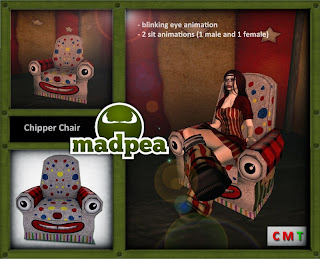 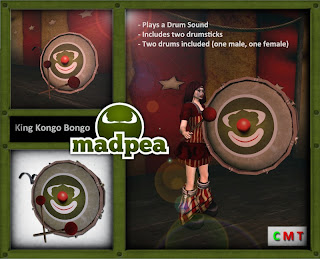