After a two week break, we had an amazing Show and Tell last night!

First we had the ever so funny Arduenn Schwartzmann presenting his new space station with flyable ships. I've tried these things (even got my own fluffy purple one!) and they are not easy to fly at first, but one you master them, it's guaranteed fun for hours and hours! 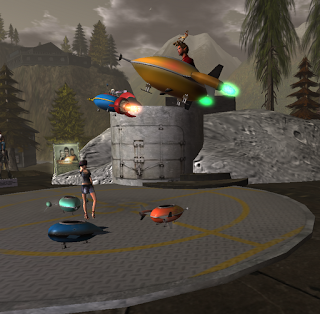 After Arduenn, Takni Miklos stole the stage with a breathtaking flower field that everyone wanted to try. It had interactive sounds and floating balls that you could sit on. 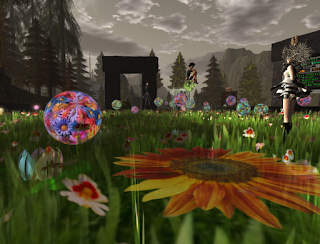 Third up was Jaimy Hancroft with her killer boots! I do not dare to think what happens to toes inside these boots, but they're extremely detailed with a look to kill! 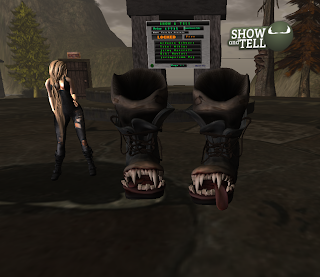 Next was Eski Howlett and her so-called FAILED plant. The whole audience disagreed with her, there was no failure in this masterpiece of art. 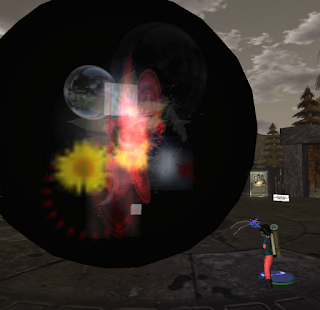 Last but not least was our adorable hedgie paramparamm Papp with a gorgeously textured and built Beach House that you can see on the Lollygagger Lane. 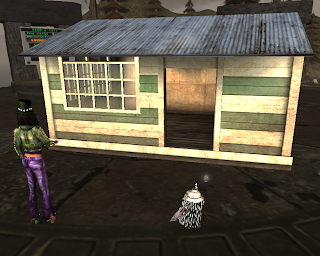 After holding on for the whole hour, Ed Vespucciano got the stage in the end to do the ever so intriguing Save Me - show. 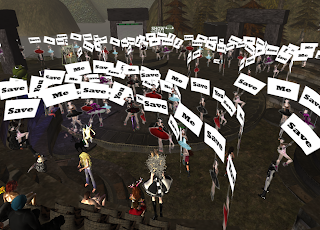 Join us again for more creativity and madness next Sunday at 2pm SLT on MadPea Arena!