The debate if SecondLife is a game or not is alive and well since on NBC's The Office from 2007 Dwight Schrute rejects a narrow definition of the vast virtual world in which he "plays" a paper salesman.

Meanwhile, Finland based design company MadPea Games has not been paying much attention to this back and forth, instead churning out complex immersive adventure games and game-based learning concepts within SecondLife using the platform's vast array of tools to the fullest.

MadPea's globally dispersed team operates as if they are working out of a joint because the persistent universe of SL allows them to do just that: scripters from Holland manipulate game mechanics with 3D modelers from the United States in real-time while designers from Germany, France and the UK test game flow on their new work-in-progress action game "Unia", disproving assumptions that only consoles can handle intense game-play, high-end graphics and epic storylines. 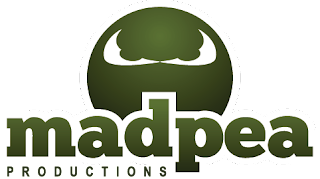