It is quite interesting to see and hear about UNIA and the complexity level of this ongoing project.  The way that the MadPea Team have dedicated their time and energy into making UNIA such a great game is very impressive. No matter in what space or place of the world they are located they amazingly piece it all together and it is quite special in and of itself.  What's all the "buzz" about UNIA, you ask?  Well, the following MadPea Production team member will share with us just what some of the buzz is truly about.  In this UNIA collaboration interview, we introduce you to the remarkably talented,
Indigo Lucerne. 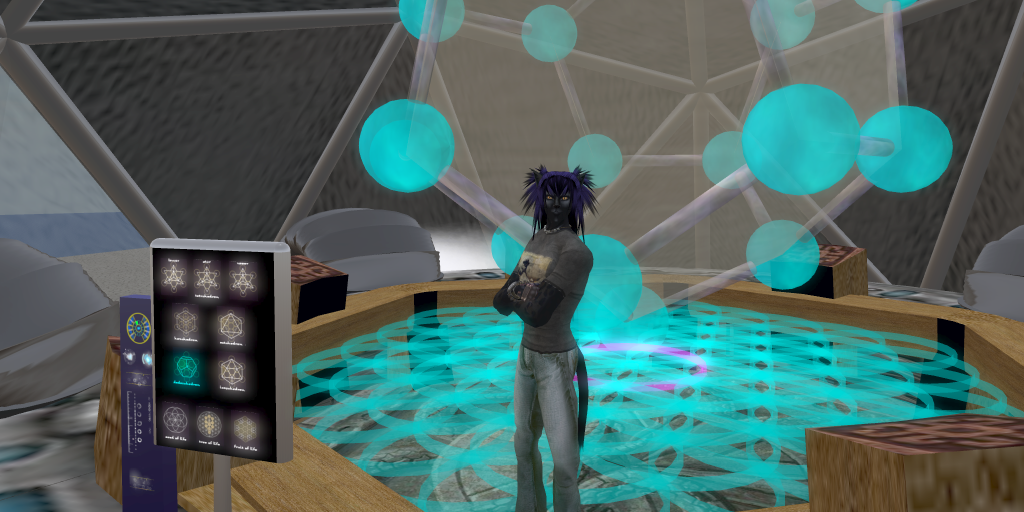 As one of the crew members, what do you do for MadPea productions?

Indigo Lucerne:  My work focuses primarily on the interactive elements that drive the story via script-based mechanics, character animation and special FX.

When did you begin working with MadPea, and also what motivated you to join Second Life?

Indigo Lucerne:  It was roughly 2-3 months ago that I joined the team, as MadPea was gathering forces for the UNIA project.

Being directly involved means less activity player-side (Inca Hunt top 5!) but either way, you get to participate in a shared reality with an active part in how things develop. That's also a major reason I came to Second Life; there's really a lot you can do with custom built objects and scripted behavior. 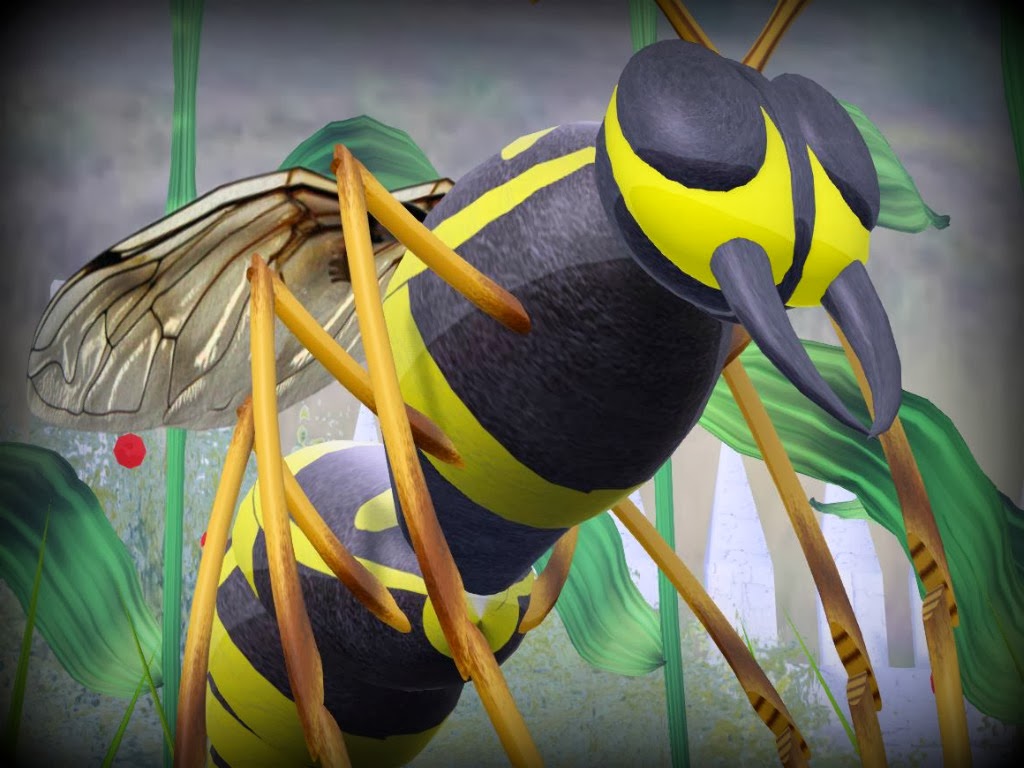 Indigo Lucerne:  UNIA is an interactive gaming experience that takes things up a notch.  At the beginning you have only a vague idea of what's happening and how you ended up there.  Exploring further, you'll uncover more of the secrets behind UNIA.  With a bit of detective work, along with the right items and equipment, you might just solve the puzzles and survive what lies in wait ahead.

What part do you play in the making of UNIA?

Indigo Lucerne:  MadPea team members tend to contribute in various respects.  On the UNIA project I've done a fair amount of engineering what's under the hood for machinery, puzzles and creatures in several areas.  If it's devious or dangerous (preferably both!) chances are that I've had some input in the process.  In general that involves a lot of script-based R&D, and responding to feedback such as: "Indigo, about those crashing noises and smoke over there..."

Anything you want to share with the SL community regarding UNIA, what should they expect to see that might cause excitement?

Indigo Lucerne:  In UNIA you'll be seeing a more expansive set of locations, puzzles and dangers - with some tech advancements that should make for a great experience.  Teamwork with other players will definitely help your chances of survival... as the objects and entities you'll confront won't always wait for you to "solve" them!  There will also be gear upgrades available that give you an edge over what's out there. 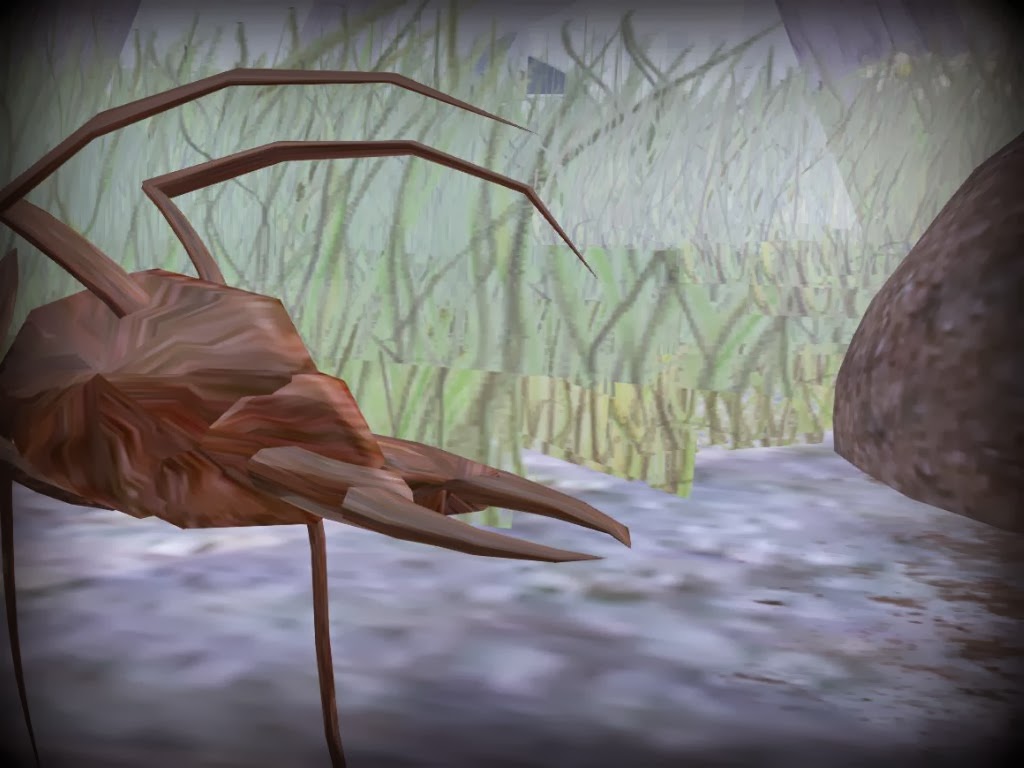 Is there something you would like to share with your fellow collaborators about their participation in this massive Project?

Indigo Lucerne:  Well, it's great being involved with a multi-disciplinary group where skills and interests overlap as it helps everyone take on larger tasks, and learning some new things along the way.  Fair warning though... MadPea staff tags won't make anything less deadly in the UNIA environment (heh heh)

How would you describe UNIA as compared to all of the other games or hunts MadPea have created?

Indigo Lucerne:  UNIA is the most ambitious MadPea project to date, and also the largest - its main environment connects with a series of inter-linked areas built by different team members. It's a development challenge, but the game itself should be quite an adventure. We've also cranked up the dials on realistic detail and interactive elements while fine-tuning gameplay (with attention to lag).


Thank you for this interview Indigo Lucerne! 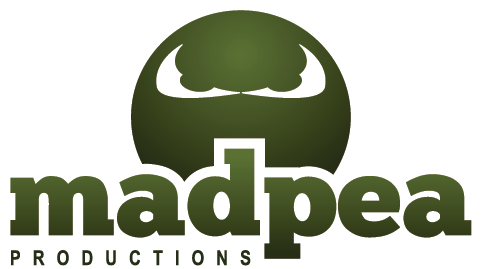