So, the MadPea Steampunk Gacha Fair is in its final five days. While that is technically still plenty of time for you to come over to Mad City Park and load up on some of the coolest steampunk items available, we can't guarantee that all of the machines will still be in working order.

Unfortunately, we caught someone (she shall remain nameless as she is a MadPea staff member and doesn't want to get fired) trying to break into the Kawaii Couture machine. She was determined to get the four mini cakes set. She was mumbling something about needing a sugar buzz and being out of Ls due to already obsessively collecting the rest of the set. But really . . . who can blame her?!  These things are adorable! 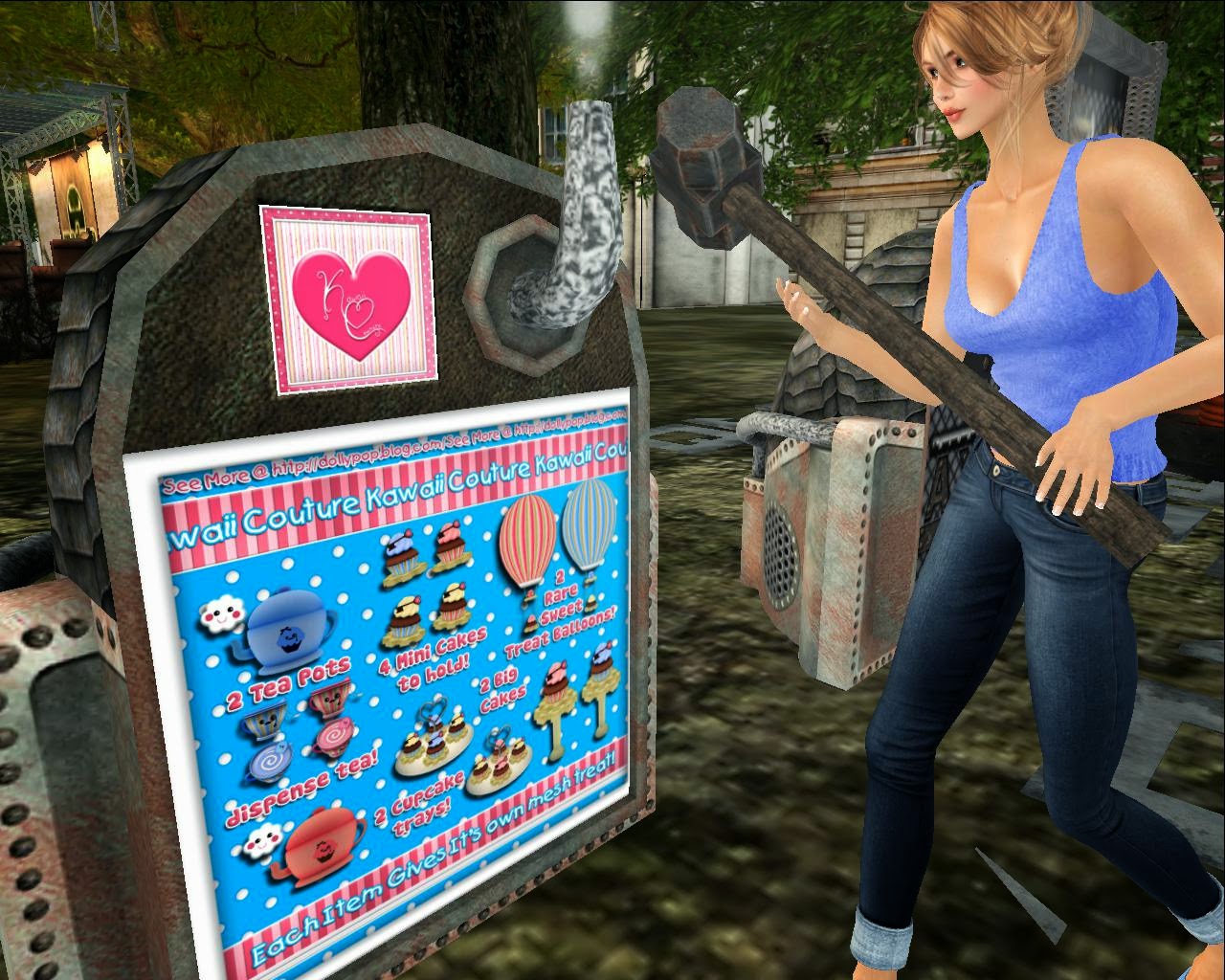 Earlier today, Esse "Essie" Bellman lost her gacha innocence at the Steampunk Gacha Fair. She carefully selected the MadPea 'When Pigs Fly' machine as the lucky device and - as an omen to future gacha success - received the awesome Superpig! 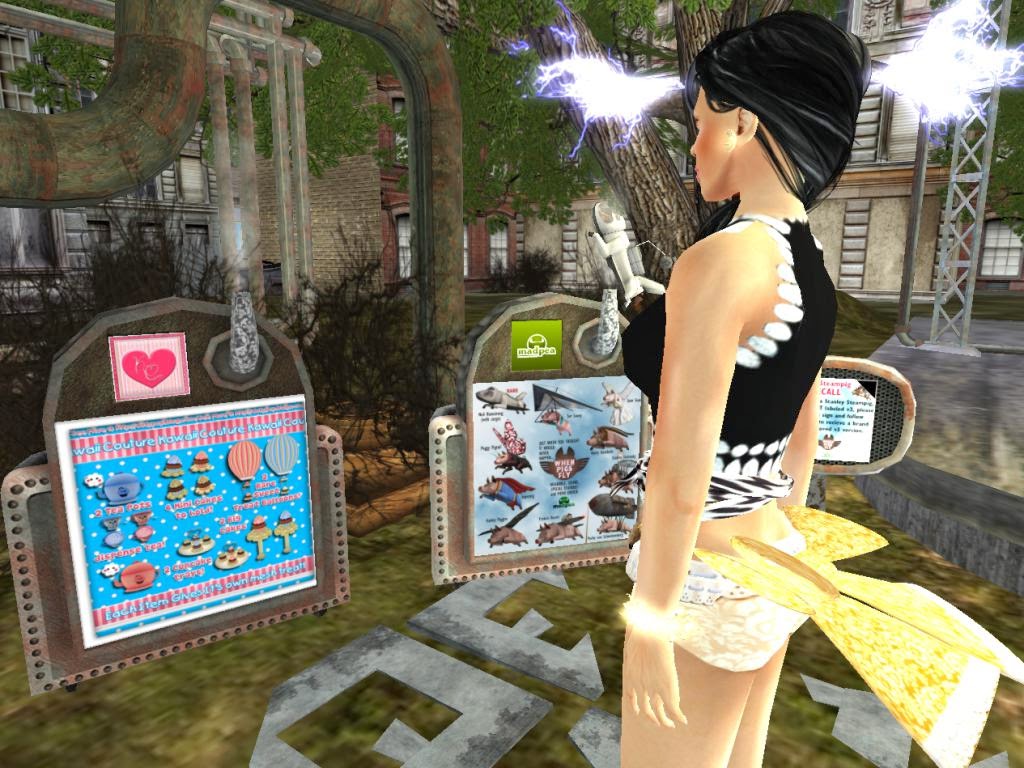 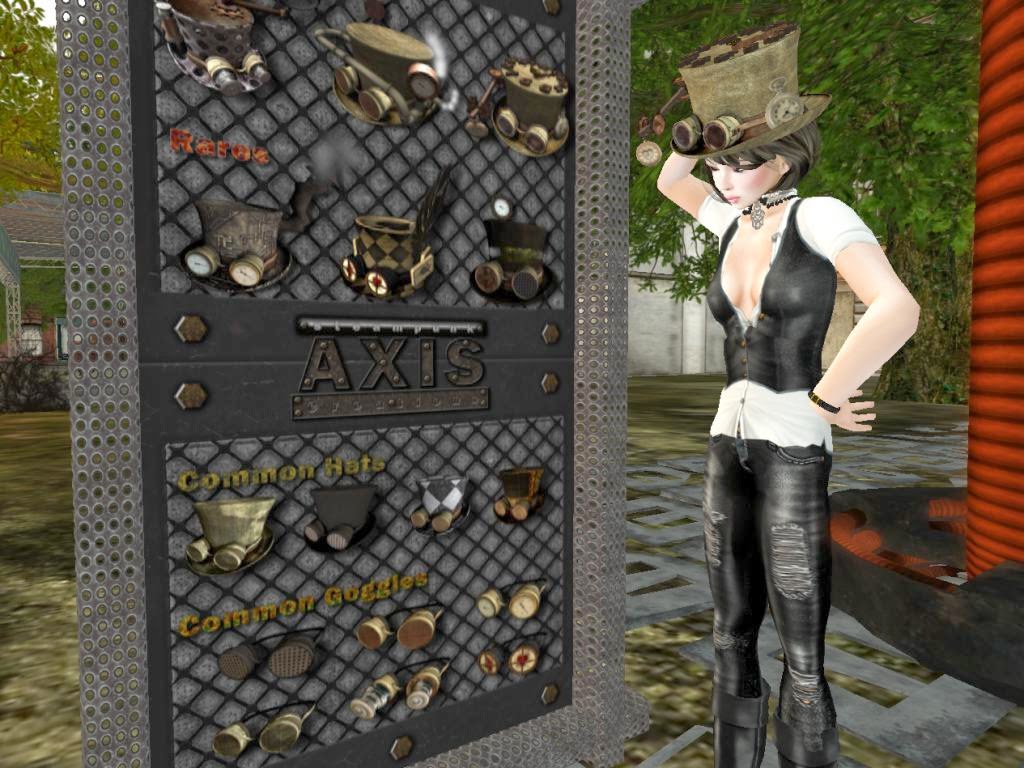 We're planning a farewell party to the Steampunk Gacha Fair in Mad City Park. Details will be announced soon and we 'moustache' all of you perfectly pleasant and pleasing Peas to join us. It will - as always! - be lots of fun with a rockin' DJ, trivia for Ls, and maybe . . . just maayyybbee . . . a contest or perhaps some tidbits about another upcoming MadPea event. Peas out! 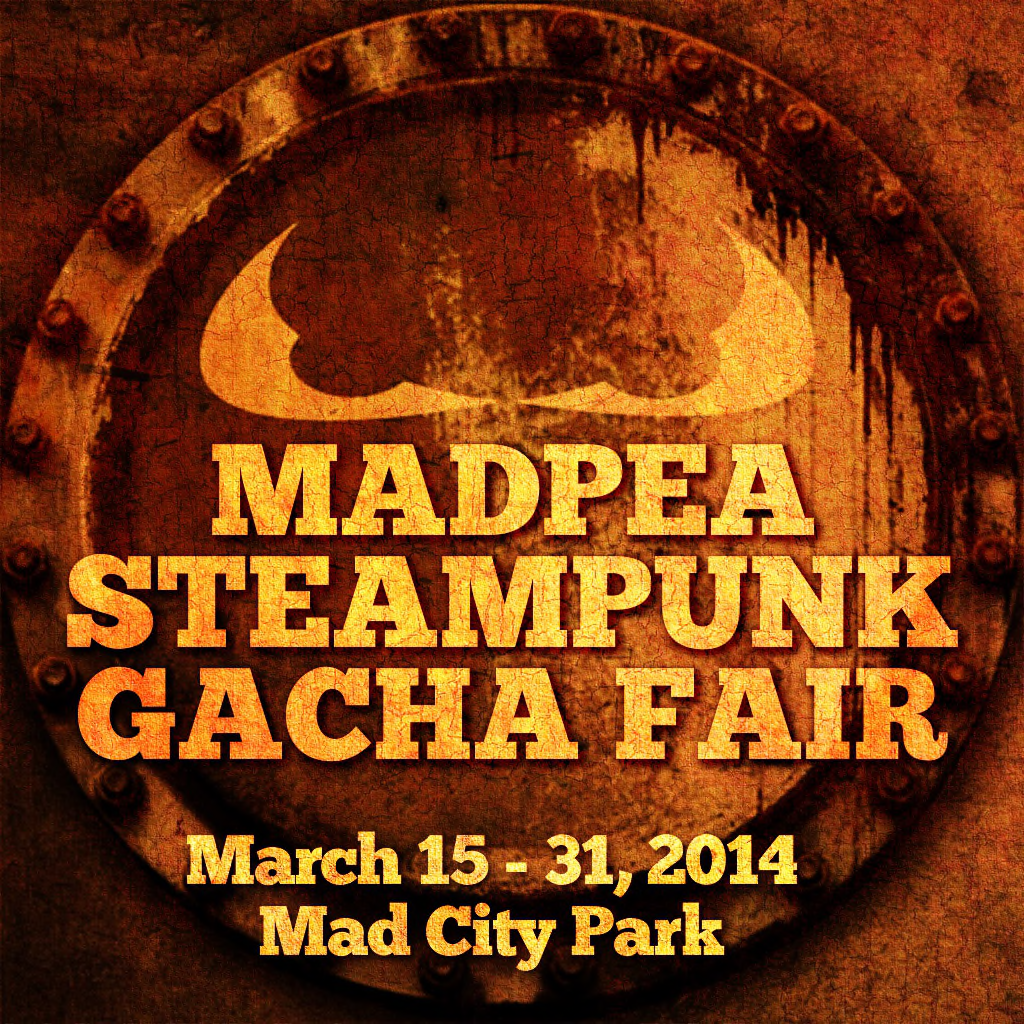