Art + Gacha? Wait, what are you doing? 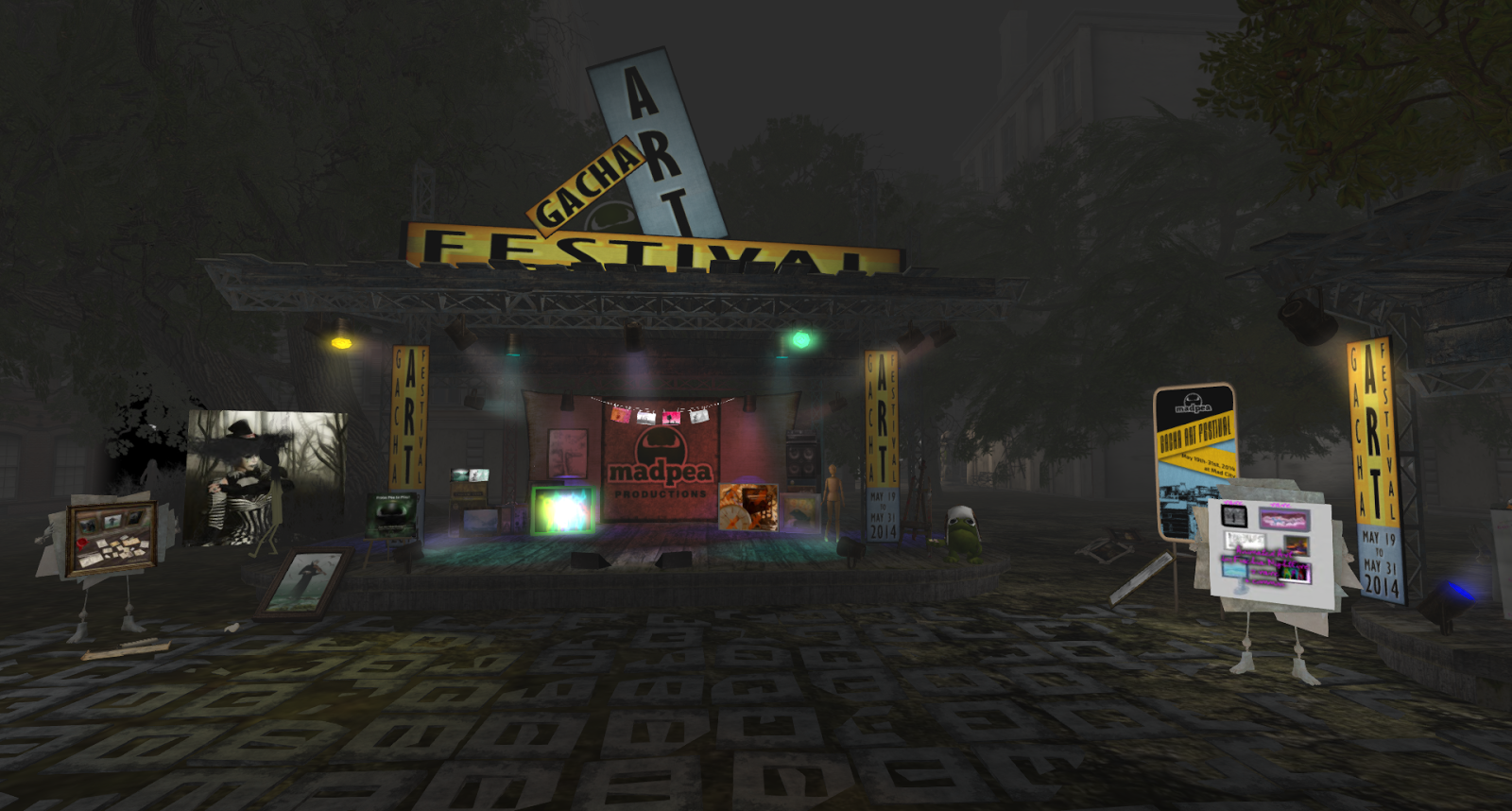 We’re hosting our first ever Art Gacha Festival at Mad City until May 31st. I haven’t seen any Art Gacha fairs in Second Life before and to us this concept was very interesting.

There are so many amazing and unique artists in Second Life, but it’s hard to actually to get hold of a piece of their imagination. Many of the great artists I know do only big exhibits or have Flickr streams. We thought that it would be amazing to be able to own some of these art pieces and display them in our homes or wearing them on our avatars. It was an exciting and groundbreaking concept! The artists would reach a whole new audience and spread awareness of their talents and SL residents would have amazing ORIGINAL art in their homes instead of these googled imaged slapped into frames or stolen content that you see so often being sold around.

I’m not an artist and to my great surprise when we approached artists, the response from them was really mixed. Many said it wasn’t enough time (3 weeks) and we feared it would be the case since it was a quick decision for us to do this in order to have a beautiful Art Explosion at Mad City on its final days. 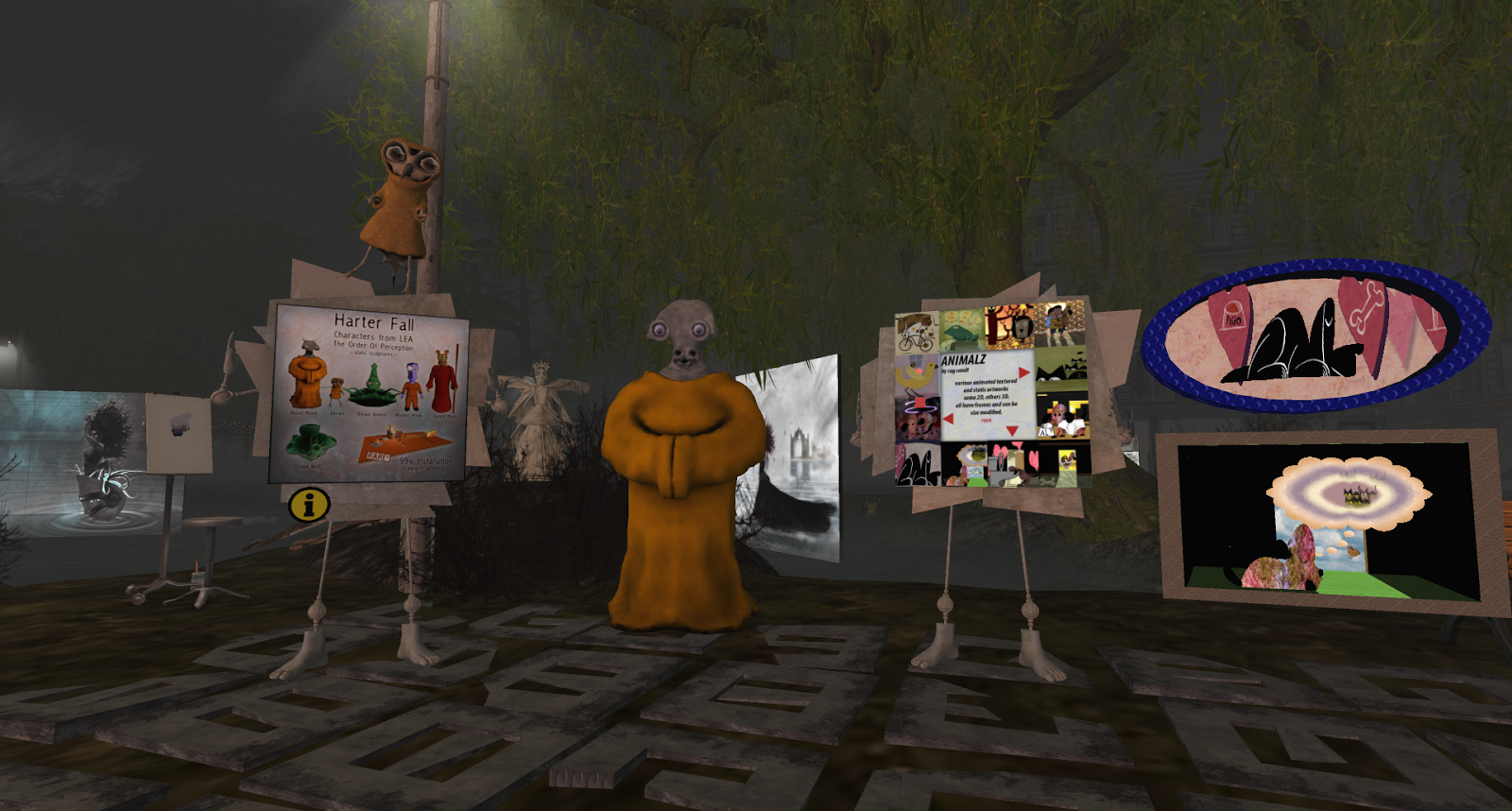 Some artists wanted exclusivity, and for us to pay them for that. I tried to explain that you do get paid via gacha, but it wasn’t enough.

“I don’t know who got this idea, but it sucks.”

The main thing probably was that they had no idea what it really meant in reality.

There were some amazing artists however willing and interested in breaking some boundaries!
When the gacha festival started, it was noticed by Linden Lab and put under Editor’s Picks and it reached not only the noobs but a wide range of gacha lovers that simply surprised our artists:

“When I was first invited to take part in the Gacha Art Festival I have to admit I was a bit dubious about it, I didn't think that the sort of people who usually do 'gachas' would particularly be interested in collecting art that way. But from an artist's point of view it was a good way to get my art out to a completely different audience from those who usually visit galleries, so I dug out some animated art that I never show any more and made 2 completely new pieces just for the gacha RARE prizes.
When I was told it would cost me 1000L to set up my gacha, I really thought that was money that I should just write off, but I was keen to support MadPea in this event, so was happy to do it.

My surprise came that very same day when I saw the way that people seemed to play on the gachas.... they all seem to want to win the RARE prizes and just keep plugging it with 50L after 50L until they win the one that they want.
I was amazed and very pleasantly surprised as I am pretty sure I have never had that accumulation of sales at any art shows!
Would definitely do a Gacha Art Festival again!” “YARRG!? the MadPea gacha made me rich! Now I can upload so many textures. Thank you so much for inviting me and for supporting me always. MADPEA ROCKS! `v´”

“People seem to really like the idea of hunting exclusive art-pieces without exactly knowing what they will get. So my machine has been visited quite often so far.”
- Moeuhane Sandalwood -

“I was really surprised and honored! Happy because so many people bought items from my machine and support my art.... ( and my hair and skin shopping... muuahaha :P )”

“I wasn't sure how it would work or if people would be interested but I looked at it as a way of producing a small mini-series of pictures. I figured if people were interested they would give it a try, if not I had a new series of pics. My only concern when I first heard about it was the time to get the work done in 3 weeks, I would have preferred a bit more time to create but I got it done :) I just appreciate the opportunity to be a part of this, art/photography is just another creation in SL and it's kind of cool to be on the other end of the gacha experience to see how it works.”

Mad City is now full of art and is a great place for taking photos and movies before it’s gone. The day of deletion is May 31st.

Hope will be doing a review of everyone’s sets soon to show you all the good stuff!


What is Gacha?
Gashapon (ガシャポン gashapon?) is widely used throughout the world for their capsule toys. It is also referred to as gachapon (ガチャポン gachapon?)." Both gashapon and gachapon are Japanese onomatopoeia, made up of two sounds: "gasha" or "gacha" for the turning of a crank on a toy vending machine, and "pon" for the sound of the toy capsule dropping into the receptacle. It is used to describe both the machines themselves, and any toy obtained from them.

Gashapon machines are similar to the coin-operated toy vending machines seen outside of grocery stores and other retailers in other countries.

Gashapon toys are often based on popular character licenses from Japanese manga, video games, anime, popular icons and a few American entertainment licenses. These highly detailed toys have found a large following among all generations in Japan, and the trend is filtering to the world, especially among adult collectors, with other popular culture influences such as anime and manga. It is not at all uncommon to see sets based on licenses explicitly for adults.

Virtually all gashapon are released in sets—each series will have a number of figures to collect. They are, by nature, a "blind purchase"; people insert coins and hope to get the toy or figure they desire. Such an amusement element may become frustrating, as one risks obtaining the same capsule repeatedly.
Posted by Kiana Writer at 7:35 AM