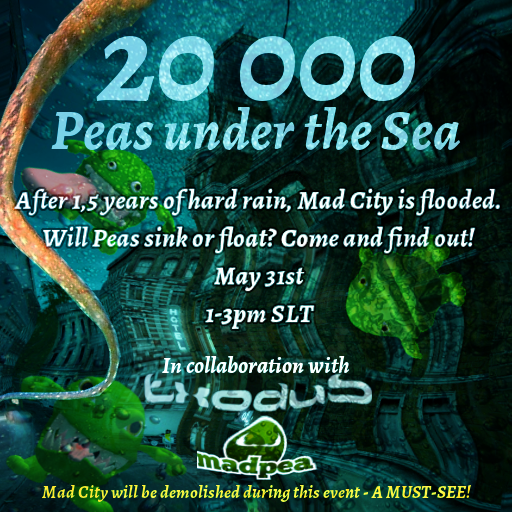 December 28, 2012 was a big day for MadPea. One of our ‘Legend of the Month’ hunts was beginning: Room 326, a murder mystery inside the Silent Peacock Hotel. 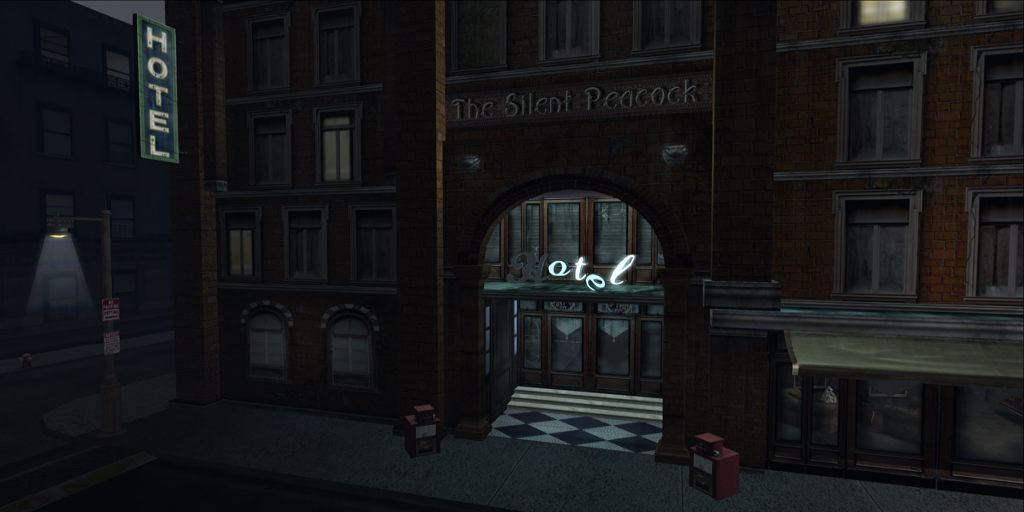 The scene set for it was small, it only had a couple of streets, building props and the Hotel.
The story led players into a grid-wide hunt and eventually back to the hotel, where they crawled through a painting to inspect it up, close and personal to find out what truly happened. 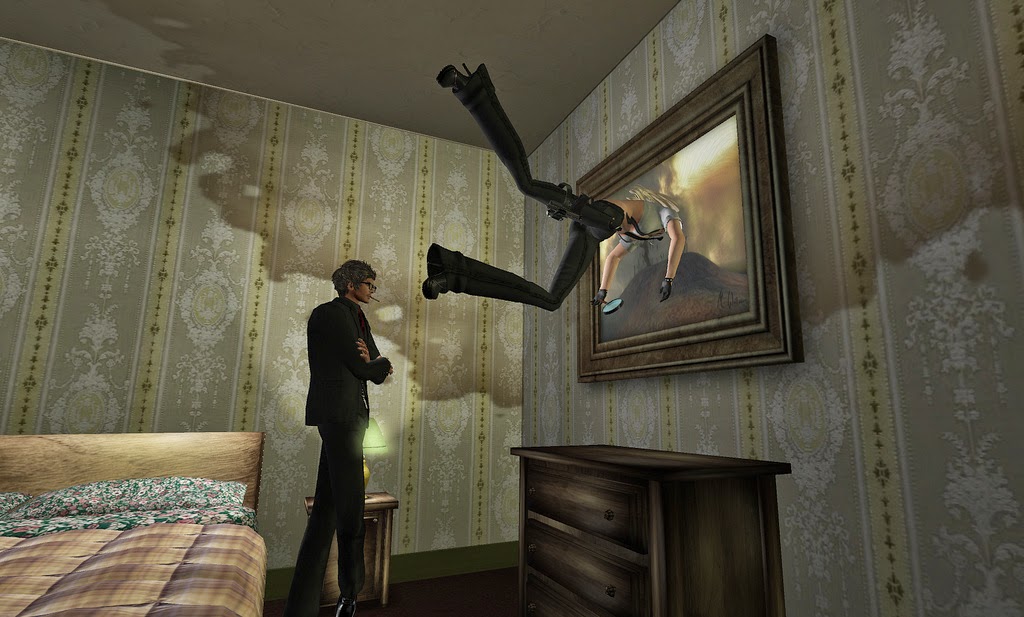 The set was beautiful with realistic looking rain, just perfect for setting a good mystery. Room 326 has been our most successful hunt to the date and when it was over a month later, it was missed by many.

Month after month I kept receiving messages about how badly people wanted that scene and the hunt back. We had never before brought back an old hunt, but if we were going to do that, it had to be done big! Due to the huge amount of requests, Mad City was born July 1st, 2013. 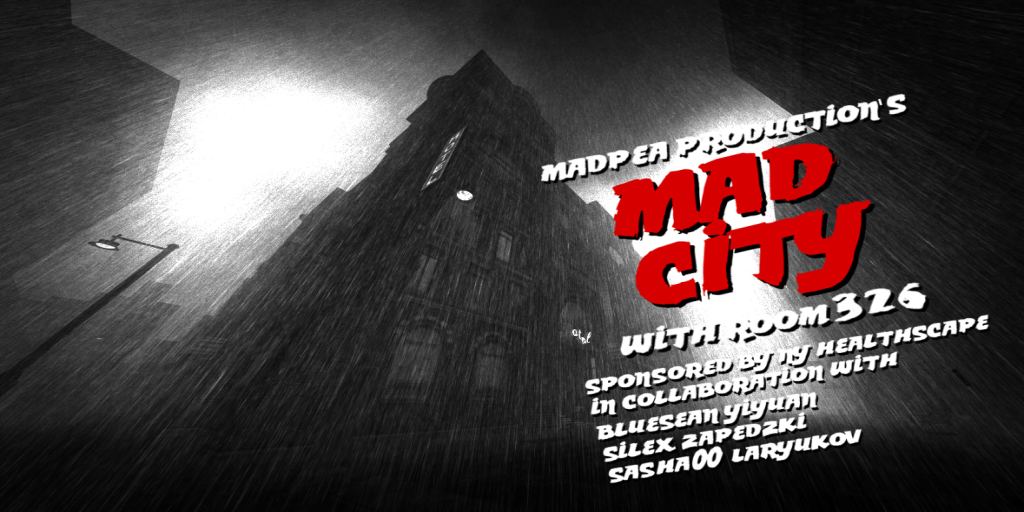 This was all thanks to Panacea Luminos from New York Healthscape, who allowed us to use Da Vinci Isle sim (from a group of 20 sims of New York) for two months on the promise that we will leave the builds there afterwards. Bluesean Yiyuan and Silex Zapezki, also known as the guys from Never Totally Dead created the city from scratch together with paramparamm Papp and Sasha008 Laryukov, also known as the Madonna of SL.

There is a saying that when a peacock cries, there is rain and death.. so it seemed very suitable to name the event area to the Crying Peacock park. 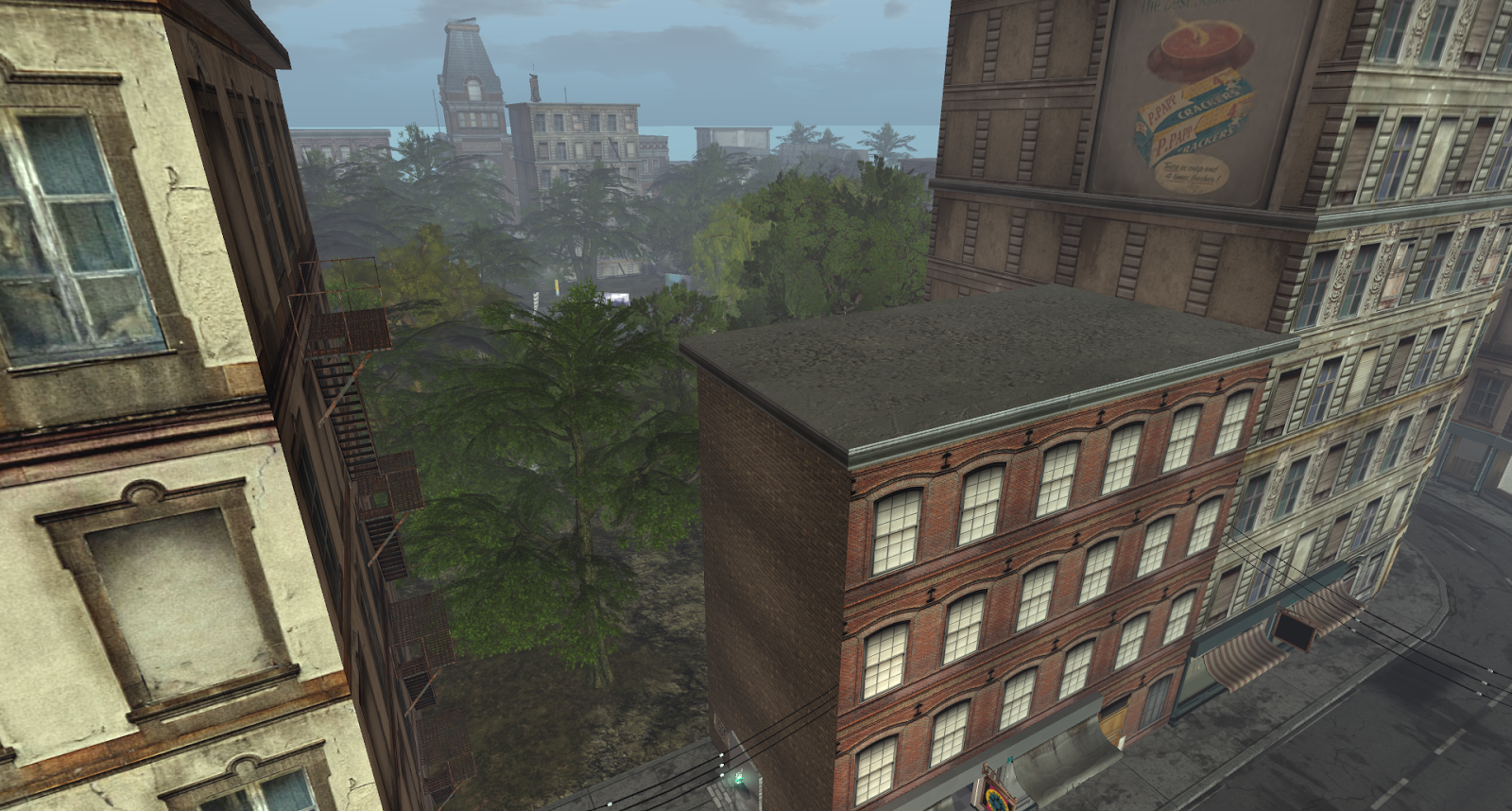 At first we had rain over the whole city, but sadly it was too laggy and making difficult to click on things, so we had to settle having it on one street only.


Room 326 round 2 became so successful that we created a sequel: The Cry of the Peacock because people were just dying to find out more about the character behind the murders. 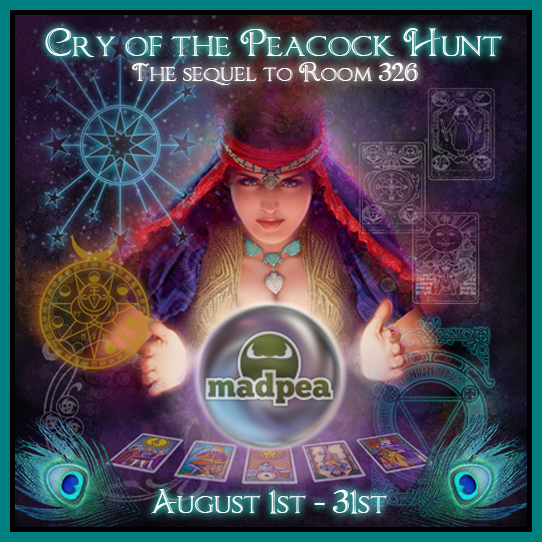 After that it was time for MadPea to leave Mad City, but the beautiful scenery remained. We thought that NY Healthscape would use it and when I didn’t see anything happening before Christmas there, I contacted Panacea again, asking if we could return to Mad City and turn it into a nice snowy scene. It became full of life again and MadPea and NY Healthscape agreed on a joined mission to keep Mad City as a great place for hunts and events of all kinds. 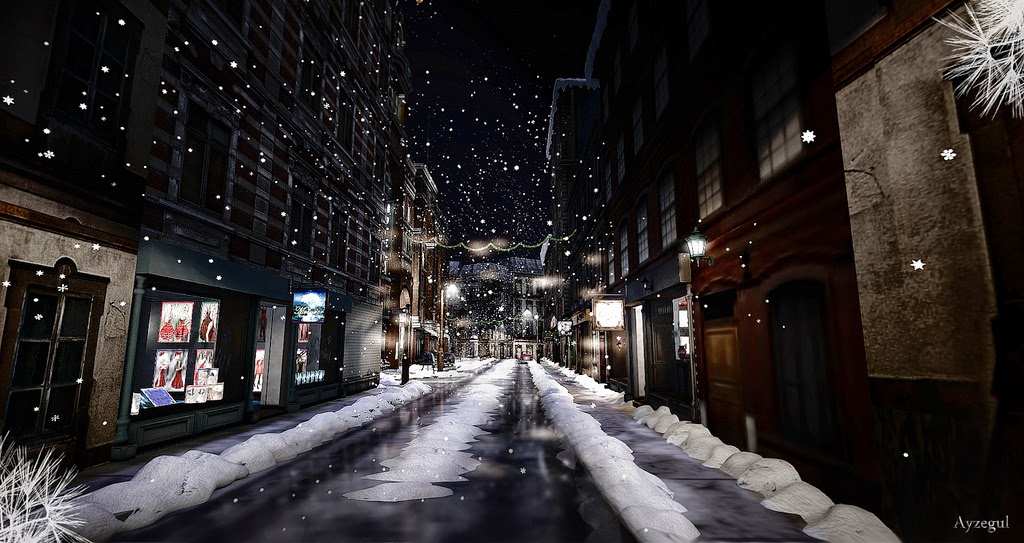 We held our very first Steampunk Gacha fair and got totally into gacha! 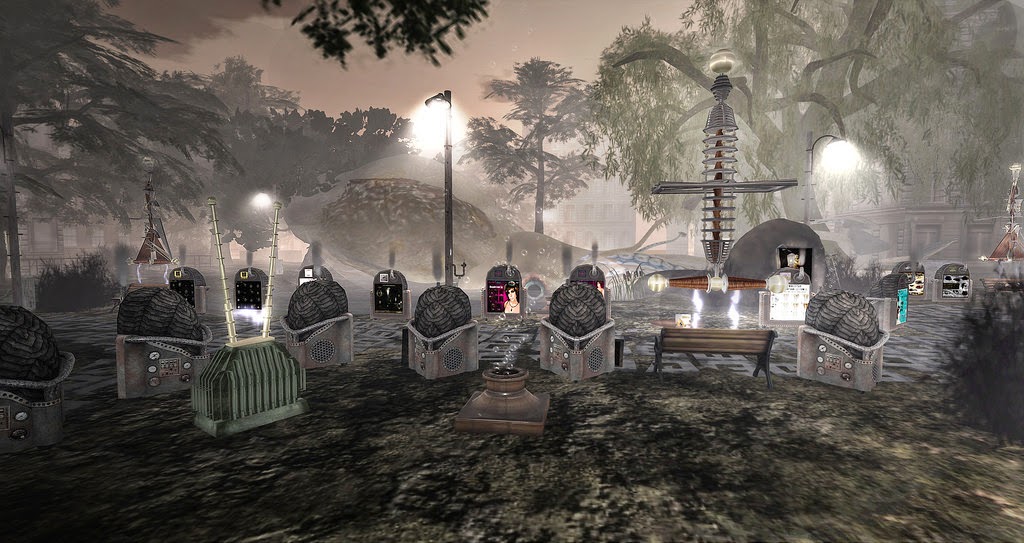 Then we set Peas and Dwarfins loose on the Lost Mine Hunt... 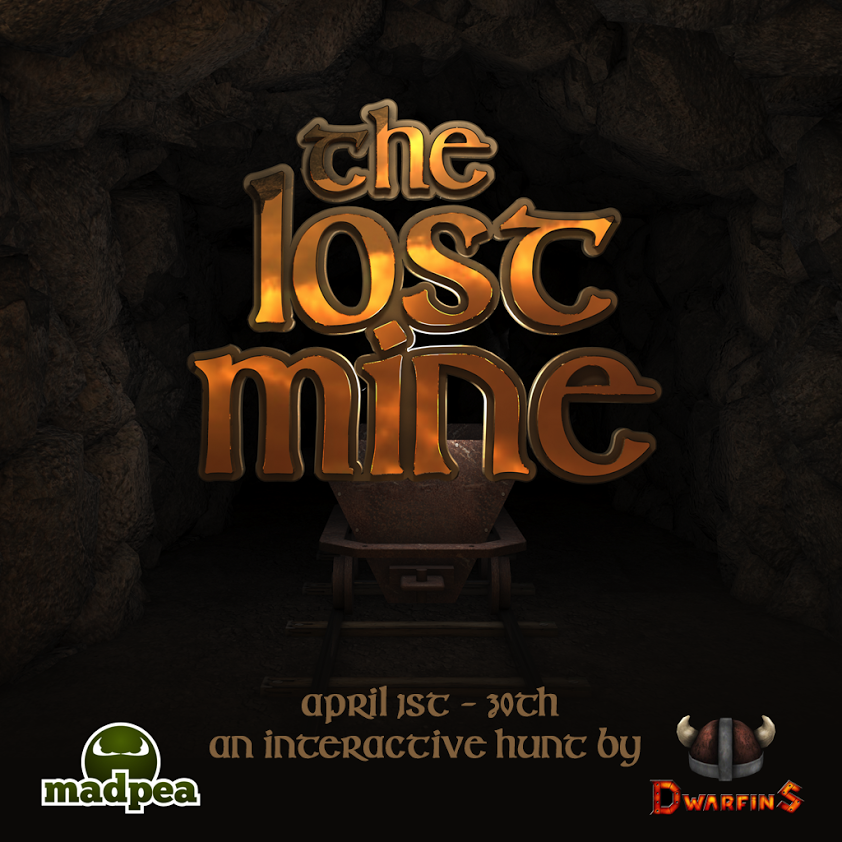 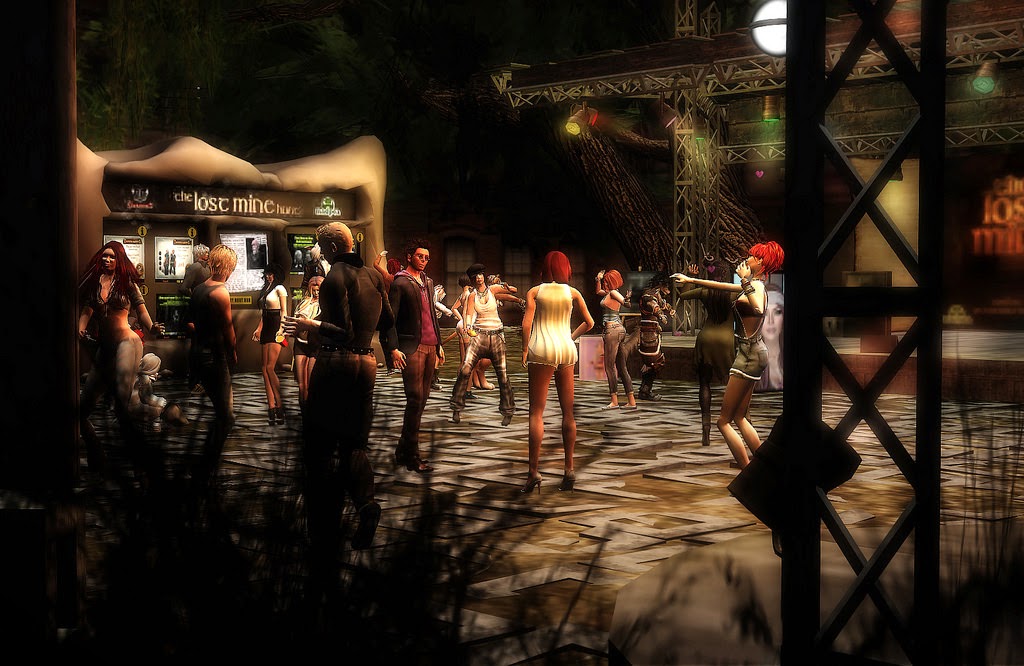 Many events have been hosted at Mad City, thousands of photographs and many movies have been made there...
Check this movie by Naxos Loon.

and now it has become time to say goodbye as NY Healthscape is slowly leaving Second Life.

Thank you Panacea Luminos for your generosity, thank you store vendors, thank you 2000 weekly Mad City visitors, thank you photographers and bloggers for creating everlasting memories.

The weather forecast predicts severe rain to
Mad City on May 31st at 1pm SLT.

Warning: The rain is so heavy that it might flood the City.


Put on your wellington boots, or wear a bikini and come and join us on the demolition of this beautiful city full of memories.